Bypass censorship by sharing this link:

Information disclosed by the U.S. Food and Drug Administration (FDA) on April 1 in response to an expedited Freedom of Information Act (FOIA) request revealed that Pfizer brought in 1,800 new human resources to process the onslaught of injury and death reports stemming from its mRNA (messenger RNA) jab.

“This includes significant technology enhancements, and process and workflow solutions, as well as increasing the number of data entry and case processing colleagues,” that section of the document further reads.

“To date, Pfizer has onboarded approximately 600 additional fulltime employees (FTEs). More are joining each month with an expected total of more than 1,800 additional resources by the end of June 2021.”

Between Dec. 11, 2020, when Pfizer’s injections were first granted Emergency Use Authorization (EUA) under Donald Trump through Operation Warp Speed, and February 2021 when the program was in full swing, Pfizer hired 600 new full-time employees.

At the time, the company anticipated having to bring in another 1,200 more, bringing the total to 1,800, due to what was already obviously a serious problem for the company.

“158,000 adverse events in the first two-plus months of the rollout means that the rate of reported AE [adverse events] was approximately 1:1000, with many of the AEs graded as serious,” said Hooker about the unprecedented number of side effects caused by Pfizer’s shots. (Related: At least 1,291 different side effects are linked to Pfizer’s mRNA injections.)

None of this was publicly disclosed by Pfizer, naturally. In fact, the company continued to lie about the “safety and effectiveness” of its shots, which is how it gained full FDA licensure last summer.

In its May 2021 “Request for Priority Review,” Pfizer maintained that its mRNA injections are “safe and well-tolerated in healthy adults,” as well as in “younger and older participants.” Pfizer falsely claimed that it had “no unanticipated safety findings.”

The newly released documents via FOIA tell a much different story. Pfizer lied to the FDA, and the FDA lied to the American people. And lots of money was made in the process.

This all explains why Pfizer and the FDA fought tooth and nail to keep a lid on the Pfizer documents for the next 75 years. They thought they could pass through the current generation and release them later when all the people currently affected by this abomination are long gone.

That plan is failing, though, as the truth trickles out a little more each day. Pfizer’s evil is being brought from darkness to light. The question that remains is: Will anything actually happen to punish the company, its CEO Albert Bourla, and everyone else involved with the scam?

“I have a feeling that over the next several years we will witness a global catastrophe as vast numbers of people sicken and die from these poisonous jabs,” wrote someone at The New American.

“The next major health crisis will be the debilitating and lethal effects of the so-called COVID vaccine,” someone else responded. “Never fear, big pharma will develop a ‘vaccine’ to protect people from these adverse effects.”

“No doubt as it is already taking place,” said yet another about the global catastrophe currently in motion.

More related news about Pfizer can be found at Evil.news.

Sources for this article include:

I have always known that I am a starseed, however I only consider myself as a lightworker for the past few years. The idea had never occurred to me before that I could somehow contribute to the Golden Age. I have been contacted by SaLuSa from Sirius with ArchAngel Michael (also known as Ashtar on Earth) while living on an isolated farm. Archangel Michael appeared as a blue flash of light a few times while I was watching videos about UFOs. Then he appeared to me with SaLuSa. Their presence was like the Sunlight in my home. There was also an entire fleet in the field behind the farm, camouflaged as clouds. Their presence is always telepathic, but also sometimes they send me images of themselves, or I can simply hear them with my 3rd eye or intuition. They saved my life at least once, and I had 3 small crafts above my house after an accident at the house, of which they warned me about during a channeling, and they guided me about how to resolve the situation and warned me about the outcome and the reason of the accident... I was also contacted by another group of Galactic Family: one Arcturian being, one Andromedean, and a beautiful lady green reptoid from Sirius B. I had asked to make Contact and they have responded to my call during my sleep. They communicated with my telepathically, while I was in a state of lucid awareness. The green lady was with me for about one week, even at work and in my car at times. These were all absolutely magical experiences. Over my life, I spoke to our Star Brothers and Sisters a few times from their spaceship and once one of their spaceshifting spaceships wanted to land on my lawn, but I had to insist that they didn't and explained that the neighbours would'nt understand. They agreed and shapeshifted into a flying leave and went up into space, after having taken a positing of about 5 meters in front of my window, and I could even see the silhouette of the being at the window. I do meditations and consultations on demand. Please feel free to contact me on Multidimensionalocean@gmail.com Laura View all posts by multidimensionalocean 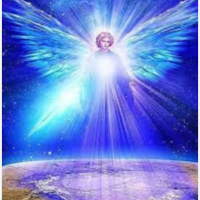 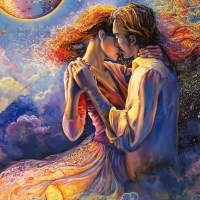